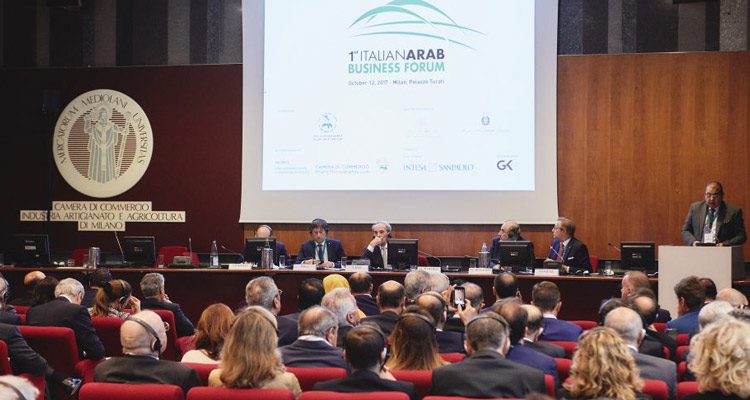 The First Italian Arab Business Forum, organized in 2017 by the Joint Italian Arab Chamber of Commerce under the auspices of the Italian Ministry of Foreign Affairs and International Cooperation and the Ministry of Economic Development, gathered over 300 participants featuring Ministers, as well as renowned and influential members of both the Arab and Italian Business communities.

The Forum offered the opportunity to confirm a widespread desire to boost economic relations between Italy and Arab countries and to turn the existing challenges into real opportunities on both sides.

Hosted by the Chamber of Commerce of Milan, Monza Brianza and Lodi in the prestigious Palazzo Turati, the event was a unique opportunity to discuss internationalization and trade exchange growth between Italy and Arab countries. Great interest and participation aroused during the various working sessions, both for the issues addressed and the profile of the distinguished panelists involved.  General consensus was found on the importance of providing companies, especially Italian SMEs and newly created Arab companies with real tangible support. In this regard, it was also stressed the critical importance of a correct approach, including from a cultural point of view, to such different markets, in order to achieve growth goals. From this point of view, the 2017 event was a tremendous novelty in the Italian business landscape: it was the first and only Italian Arab Business Forum envisioned by entrepreneurs for entrepreneurs, which managed to bring together representatives and businessmen from all 22 countries of the Arab League. 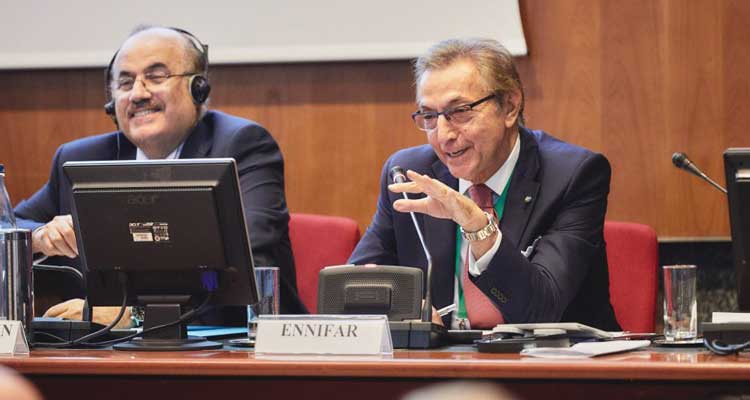 Following the welcoming remarks, H.E. Zayed Alzayani, Minister of Commerce, Industry and Tourism of Bahrain, advocated for an increasing growth of economic relations between Italy and Bahrain.

In the 2017 edition, the first panel, moderated by JIACC’s Vice President  Pietro Paolo Rampino, introduced the issues regarding industrialization of Arab countries and policies to attract foreign investments. Khalid Al Rumaihi, CEO of the Bahrain Economic Development Board, took part in the discussion and pointed out the remarkable success that can be achieved with policies aimed at attracting foreign investments. Licia Mattioli, Vice President of Confindustria, was also present; Ahmed El Mofty, Commercial Director of the East Port Said Development Zone, presented the enormous development opportunities (especially for Italian companies) in the special economic zone adjacent to Port Said. Fundamental was the Focus by Mr. Marco Ferioli of SACE Dubai on the tools made available for Italian entrepreneurs when exporting to or investing in Arab countries. 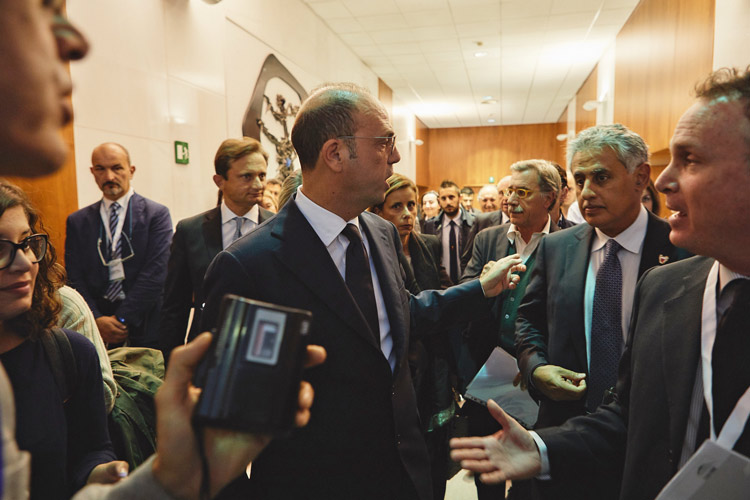 Italian Minister of Foreign Affairs, Angelino Alfano in his remarks stressed the role that the Ministry of Foreign Affairs plays in helping Italian companies abroad and in particular in the MENA Region, a fundamental region for the Italian productive system.

The second panel brought the attention on the issue of energy diversification and the transformation of the so-called Oil & Gas Economies. This topic opens up new scenarios and significant business opportunities in the Renewable Energies sector, where Italian companies can play a leading role. In the panel, moderated by the financial journalist Ettore Mazzotti, there were Carlo Nicolais, Director of Institutional Affairs and Communication of Maire Tecnimont, Matteo Codazzi, CESI CEO, Maurizio La Noce, Energy Advisor of the Mubadala Fund, Andrea Panizzo, Business Development for MENA and Europe of Enel Green Power and finally Daniel Rich of Tunur.

Finally, the Forum was scene to numerous meetings on the sidelines of the conference that, in addition to the institutional meetings between the Ministry of Foreign Affairs and the official delegation of the Kingdom of Bahrain, animated the day making the event a real opportunity of business development.

Following such an excellent experience, and in the attempt to assure continuity to the precious work done, we have worked on the 2018 Second Italian Arab Business Forum which will feature many appointments designed for companies, firms and professionals who are interested in strengthening, renewing and, at times, launching, solid economic, commercial and cultural relations between Italy and the Arab world.

It would not have been possible to organize the First Italian Arab Business Forum without the great support of Intesa San Paolo, Forum’s Main Sponsor and without the Major Sponsor, GK Investment Holding, which helped since its inception the organization of the event.

To learn more about sponsorship opportunities for the Italian Arab Business Forum, write to businessforum@jiac.it.